A Short History and Video on the OBS 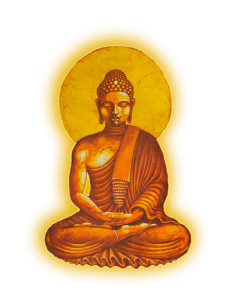 The idea to form an Ottawa-based Buddhist association for local Sri Lankan-Canadians in the mid-1970’s came from an impromptu discussion at the Sri Lankan High Commission. Recently arrived families and friends missed going to their community temples, as they had done in Sri Lanka. A few dedicated families decided to take that idea to heart. They began to meet for a couple of hours, once a month, on a Sunday night to express their shared veneration to the Buddha, Dhamma and Sangha.

In 1980, the Ottawa Buddhist Association (OBA) as it was called then, accepted an invitation from the Vietnamese Buddhist Community to share their temple located on Ladouceur Street in Mechanicsville. The first Poya (a full moon fasting celebration of sila/bhavana) was held on August 26, 1980 with 22 people present.

At this same time Mayor Marion Dewar initiated Project 4000 that sparked awareness of the humanitarian crisis not only in Vietnam but also in Cambodia and Laos. After being at Bayview for many years and with the influx of Vietnamese immigrants, the Vietnamese Buddhist Community soon outgrew their temple and purchased a one-acre lot on Albion Road. A few people represented the OBA when the Buddhist statues were brought in procession down Bank Street and the OBA President participated in the corner-laying ceremony for the new Tu-An Pagoda in 1993.

Like many organizations the OBA went through changes as the courage, patience and commitment of the lay community were challenged. The founder’s dedication and practice of the dhamma endured and in May 1995 and 1998 respectively, new by-laws and a constitution were approved and the Ottawa Buddhist Society (OBS), one of several Theravada groups, that emerged as a registered Canadian charity.

The objectives of the OBS are:

Bhante Henepola Gunaratana was one of the earliest teachers to visit and teach to the OBS.

The original Ottawa Buddhist Society logo was commissioned by one of the early presidents and its beautiful graphic image of Buddhism in Canada’s capital has served the organization for many years.

In 2003 Luang Por Viradhammo came to Ottawa to care for his aging mother. Elder members of the OBS took care and provided dana and other requisites to him and his mom and at the invitation of the OBS, he offered regular reflections on the Buddha’s teachings.

The OBS grew and a network of lay community volunteers began helping to coordinate events, to set up week long retreats, cook, and write job descriptions. Members’ involvement in turn strengthened friendships and made light work of necessary tasks.

In 2006 many organizations and people worldwide contributed to buying property near Perth for Tisarana, the monastery where LP Viradhammo is now the Abbot.

The OBS executive and board dedicate this new website, with gratitude to all who have come before. We shall strive to honour our rich Buddhist heritage and invite you to consider the OBS as part of your spiritual community.