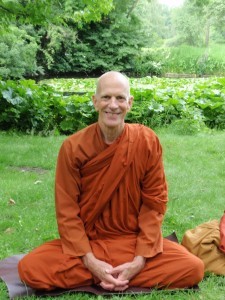 Bhante Yogavacara Rahula received his bhikkhu upasampada ordination at Wat Thai Los Angeles in May 1979. After returning to Sri Lanka for some years, he came to help Bhante Henepola Gunaratana establish the Bhavana Society Forest Monastery, where he served as vice-abbot from 1986 to 2010. Now, after seven years of teaching Dhamma and leading retreats around the world, Bhante Rahula has taken on the role as managing director and chief meditation teacher at the Lion of Wisdom – Paññāsīha Meditation Center.